- How did you start in this profession? How did you learn?
Anselmo Perez – It started out of love. I simply love to see how iberian ham is cut. With experience, hard work, and intuition, I became the Spanish Champion of ham slicing. I started when I was fifteen years old. I was self-taught in the early stages of the process, really out of intuition without anybody teaching me. It was only later on, when I became more recognized for my skills, I started to take reference from other more experienced ham-slicers. 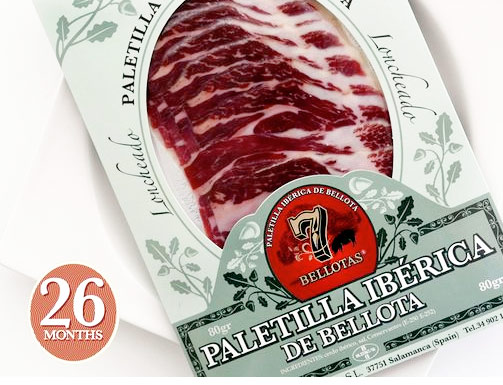 – Do you see yourself as an artist? What is your style of ham slicing?
- Yes, I consider myself an artist. In Spain, slicing iberian hams (jamón ibérico) at this level is only reached by a few, so it’s considered to be an art. One of my characteristics is that I care very much about every stage, from cleaning the non-edible part of the ham, to slicing it until the end. There is no smaller or bigger stage; everything is important for me.

– Which part is the most difficult part of slicing a ham?
– The “cleaning” [taking off the non-edible part] is actually the most difficult, not everybody does it very well. So if they cut it badly, eventually it will affect the taste.

– What is in your mind when you are slicing a ham?
- Obviously it can sometimes be solitary work. It’s a mechanical exercise and I’m already very experienced. It’s similar to swimming where you also think of many other things in your life. When I’m slicing, I have time to meditate on many points.

– How perfect can ham slicing be?
AP – Perfection doesn’t exist, but they are hams, they are legs that have some characteristics that allow you to almost reach perfection. When you cut it with machines, you can cut it until boneless, but it’s actually not that enjoyable, it’s not the same, it’s not natural. I respect nature, the animal, the product. To get near to perfection is to maintain the horizontal plain as perfectly as possible, and then to make the display on the dish as beautiful and appealing as possible.

– How much demand is there for this time-
consuming product?
- In Spain, the demand for high-end production is going up and up and up; the demand is greater than ever before. It’s not only in Spain, the company I’m working with is exporting hams to thirty countries throughout the world. Staff reporter